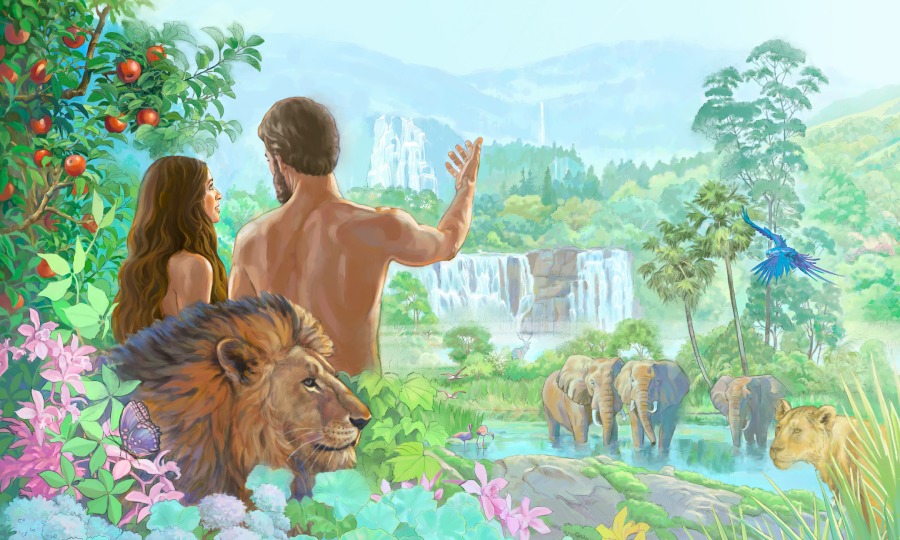 Is Hell a Hoax? Hell is REAL! But it’s not a physical location as we mean it to be, it’s not a place burning literally with sulfur and brimstone. Please think about it, how can you use Brimstone and sulfur to torment a soul that has nobody?

Now let me explain something to us when Jesus said the gates of hell shall not prevail against the church, which hell was He talking about? many believers don’t know what hell is, Jesus was talking about the RULE of darkness, that rule is called HELL.

So HELL is not the realm of disembodied souls, It’s the GRAVE. We’re shutting down the gates of hell on this Earth. If you don’t know what hell is, you’ll think it’s to set dark souls free from torments.

It is EXTREMELY alarming that this church generation still struggles with knowing basic things, we know portals and gates, but can’t differentiate hell from the grave, the grave is not the ground you dig, no!

The grave is the English name for the reality of the DISEMBODIED souls, the ground you dig is called a TOMB or sepulcher. Now the grave has two CONSCIOUSNESS of reality which Jesus revealed to us, I’ll show you.

In the Grave, we have the Consciousness of souls who are in a state called PARADISE, and those who are in TORMENTS, the flame of TORMENTS.

Paradise is not a place, It’s a district CONSCIOUSNESS of a dead soul in BLISS and it’s also called Abraham’s bosom. Why so? It is because it’s a temporary reality for souls who believe in the works of God, who has the same conviction of faith that was released to Abraham about the CITY of God that will manifest on the Earth and that’s why that state is called Abraham’s Bosom, you remember God showed Abraham a city, whose Foundation is GOD. It’s in your bible, that city is not Sodom and Gomorrah, it’s different

The builder was the city is God Himself, what Abraham saw was the Glory of God, that will be established on the Earth in visions. The Original ordination of God for Creation, that was what Abraham saw, and had FAITH towards.

Apart from the Isaac issue, Abraham also had a walk with God, God showed him His intention as He showed Moses. What did Jesus say about Abraham? He said, “Abraham saw my day and rejoiced” it is in your bible o

How did Abraham see His Day? someone who wasn’t even born the same time with Jesus, the DAY that Abraham saw was the DAY OF THE CHRIST, this was the City, whose Foundation and builder is God and that City is Christ.

But then they had no means of engaging Him, they saw it by Revelation, even the Prophets but the engagement was NOT for them. This is why even the Law and the prophets spoke about CHRIST.

So those in the state of paradise are those dead souls who have the same FAITH and Conviction. And has seen into that day by Revelation and accepted it.

They’re WAITING for the manifestation, that’s why it’s called ABRAHAM’S BOSOM. Now in the story, Jesus gave about Lazarus and the rich man, He revealed that there are two

STATES of CONSCIOUSNESS in the grave, yes! and that there’s a GULF that separates the two states so that a soul in one state cannot have the same experience with another in a different state but they’re all in the same realm called GRAVE.

Paradise is a soul state of being, it’s just like we believers live with sinners, on the same Earth, a different identity, but the same environment.

So the Grave is in no way like the Earth! No way!! the earth is a visible sphere for EMBODIED beings. The Grave is a realm for disembodied souls, from Adam to the last guy that just died. So if you begin to look at Grave like you look at Earth, you’ll so deceive yourself.

If we do an EXTENSIVE study on the soul, you’ll know the structure of the soul. The soul is not in any way looking human, no!! It’s your body that has a frame. Your soul is simply like your Consciousness framework, it’s just like a physical monitor and the abstract, untouchable data that flows through it.

Those data are the workings of the soul of the system. It is the operating framework, not something visible or has a shape, just as there is an Invisible operational framework that constitutes your being.

That framework is called the SOUL of man, it’s not visible, it’s like programming, Like codes of instructions, memory lines, and gates, sorry, I’m using programming terms. ‍

Now look at that Lazarus issue, their souls had memory and also had pain receptors. Now think about it! is the pain a physical one?

When you meditate, you have to think extremely deeply!.

You see all those rubbish movies where a soul that looks like the body comes out of the body, it’s a

lie! Big one!! they don’t know how it works, so they just believe anyhow. The soul is the Consciousness of body and spirit, the operating system.

Hope we now know what PARADISE, HELL, and GRAVE are? For us to fully understand this ehh, I would need to FULLY explain the soul, but for me to teach the soul that you’ll understand very well.  I need to do it physically, no there, I know how to teach with illustration, Now, let’s look at something.

Now, according to Original ordination from the Father (God), Death was not in the plan of work, physical

Death and decay were as a result of rebellion. It’s a Divine Law that states that when creatures go against their Original order, they’re given to Corruption and decay, why? Because the ONLY reality that will dwell eternally in the Web of God’s creation are things that agree with the Ordination of God. So if you do not align, one day you’ll decay and just vanish. It’s a law, so this was what brought about aging, death, and decay.

It’s a reality of the fall and the working of the Law of death, a visible working of that Law is seen in corruption, physical death, aging, and decay.

Next topic: What is the Law of DEATH?