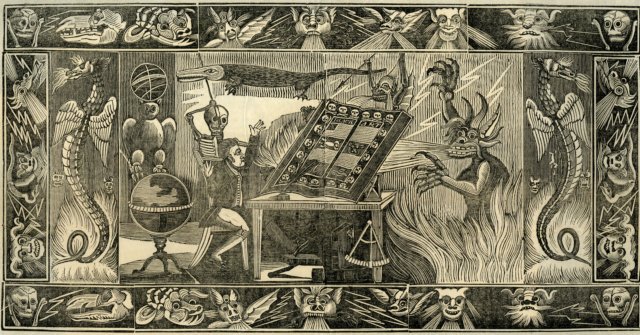 This is the continuation of What it means to Perish.

No soul in “hellfire” can be preached to or saved, Now in the story, Jesus gave of Lazarus and the rich man, the rich man cried and prayed that he should be released to preach to his brother son Earth, Abraham revealed to him that it is FORBIDDEN, it is FORBIDDEN and also impossible.

For Salvation to reach them in that state, they’re CONDEMNED already. It is ONLY the living that can praise the Lord. So those sinners who are alive, there’s still HOPE for them, they can still praise the Lord. Which happens when they’re saved.

The greatest power of the gate of hell is death, physical death, remember it was the reality of that gate of hell that brought about the fall of man, I don’t want to go there now, so if a man who doesn’t know Christ dies, kai! Darkness has succeeded fully over such man.

The gate of hell has a three-fold mission or working, which is STEAL, KILL, and DESTROY. So a case where a man who doesn’t know christ dies, that is the TOTAL work of darkness. They finish work over him like that and that’s called DESTRUCTION.

It proves it is possible, for the rich man’s soul consciousness to desire to reach his brother on earth, it means, there’s a means of connection because the soul can stretch between and outside dimensions of reality and most times it comes through dreams.

So what about those who have engaged these generals like khulman and others? Either in vision or dreams? Remember I told us a dream is a form of communication, when scriptures say something is forbidden, it is forbidden! When you dream of dead Kathryn Kuhlman, I have taught it here that it is the CLOUD we belong to that takes such appearances.

There cannot be a contradiction with God, God is not a man! The CLOUD we belong to take such appearances for the sake of discipleship. It doesn’t mean those dead souls are engaging us, NO! Let it stick o! When Paul said we’re surrounded by a great cloud of witnesses. He wasn’t talking about a company of dead saints, no!

How can the same God who said such connection is forbidden, now allow it? ‍ That CLOUD we belong to is what those men who are now dead belong to and so it’s because they were mature in that cloud, that’s why the cloud uses their face to teach us and lead us. The cloud is designed to make sure we KEEP to the Kingdom ways and to encourage us to CHEER ON.

I just hope and hope we get what I’m saying? So when you notice you’re down or straying from the kingdom, you’ll now see a dead saint appear to you in dreams to encourage you. They are witnesses just like you, who are in the cloud, but they’re dead. Then why did they appear to you?

It was the CLOUD that used their faces to reach you, it’s a technology the CLOUD works with, like if your mom was a born again believer before she died and you see her come at times to encourage you in the way of the Kingdom.

It is not necromancy, her soul is not even reaching you from Paradise, no, It’s the CLOUD of witnesses we belong, Paul revealed the Purpose of the CLOUD. It is designed to CHEER us on! In the Kingdom and for us to LAY DOWN every weight that easily pulls us down, check the Bible it’s right there.

So what the CLOUD does is to take the appearances of mature witnesses who have experienced, what you’re experiencing now CHEER you onward in the pilgrim Journey, it was designed for that purpose, anything outside this is necromancy, that’s how to know the difference.

Even Samuel’s soul in paradise was reached via necromancy, when the sorcerer served as a medium for King Saul, the practice is forbidden by LAW but it is very possible to be done and if you’re here your mom’s dead soul reaches you outside what I talked about the CLOUD. That’s a clear case of mediumship/necromancy, you’re serving as an illegal bridge between two dimensions, you don’t have to carry a mirror and a crystal all to be a necromancer.

Many believers already practice it and Ignorance is not an excuse, you’ll be punished, so if you have noticed you keep having dreams of your dead relations, it means their souls are trying to reach you, it’s very possible, I told us that the soul can stretch between two dimensions, they’ll tell you to warn somebody of danger, you now carried the information to the person!

That is CLEAR necromancy, it is FORBIDDEN, when Paul had visions of Paradise, he engaged that realm envisions. He’s one person I know went there, every other person who said he or she went there is LIES! And how do I know? When you hear things there, you’re not allowed to utter them. This was why paul said he heard things too deep for men to utter because it’s forbidden to carry messages from that realm to men. It’s in your bible.

Many believers think he was talking about mysteries, haha, so those people saying they saw dead men and come with a message, it can be possible, yes! But they’re operating on a FORBIDDEN ground. You get their tapes and spend your money on a forbidden thing

If I continue, we may stay until tomorrow

Enjoy the rest of your day