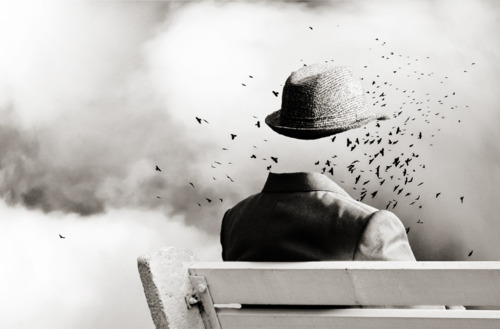 This is the continuation of The Law of Death

What it means to PERISH, Perish is not physical death, it is when a species WIPED OUT from the Creation and man was in that Journey due to rebellion.

We should learn to connect dots properly. Now, what is the term and condition to not perish? According to John3:16, It is WHOEVER BELIEVES in Him, How can you believe in what you have not first heard about, So there’s a chain of relationship, it is whoever that believes in God’s scheme of salvation or help towards man through Christ that will not perish, EVERY other human outside this WILL PERISH!

Simple and short! That is the ONLY term and conditions, God didn’t say, okay if you didn’t hear, you’ll be pitied, no!! As far as God’s concerned, Help is already available for man, through Christ. Read Romans 8 or 6vs1. Those who are not in Christ are what Condemned already!! They’re still under the sentence of the FIRST ADAM To PERISH And those of them who are DEAD right now, it has finished! That’s just it.

Now I need you highlighted that verse, read it preceding verses, We understand scriptures in line with CONTEXT, line upon line, precept upon precept, context by context

1Peter 3:16-19 Having a good conscience; that, whereas they speak evil of you, as of evildoers,

They may be ashamed that falsely accuse your good conversation in Christ. For [it is] better, if the

Will of God be so, that ye suffer for welldoing than for evildoing. For Christ also hath once

Suffered for sins, the just for the unjust, that he might bring us to God, being put to death in the

flesh, but quickened by the Spirit: By which also he went and preached unto the spirits in prison;

Now read this carefully, what is the context? It was revealing how Christ SUFFERED for our Salvation and how we’re also called to suffer for Kingdom’s sake. Jesus suffered for kingdom’s sake and we’re called into that fellowship called SUFFERING, so this is the context, right? And if you look at it carefully, it was talking about SALVATION, right? Look at it. So who are the spirits in prison?

It was revealing man held under the power of hell and the law of death due to rebellion. Man is a spirit

The prison in this context is not “hellfire” as many say it, the prison is the Law of death, we’re no longer SLAVES to sin, sin is the prison. A slave is chained and locked down in the prison in Paul’s days. So he used this analogy to explain what Jesus did, if you read Romans well, you’ll realize that Paul used slavery as an analogy to describe the state of man before Christ came.

When you speak spiritual things, there are natural analogies that can be employed to explain to them Paul and Jesus excelled in this, now have you also heard of the spirits of just men made perfect? It’s talking about us not some beings somewhere, so the spirits in Prison is not talking of those in “Hellfire”

No, Jesus didn’t go there to save any soul many believers already teach this nonsense, God will help us that’s why I keep quiet on such things, I don’t want attention, I can only teach it here!

Hope we get this? This kind of talk, for me to talk it, takes maximum coercion because I don’t like going there that’s the most controversial topic in Christendom. I’m not a controversial person like Paul, so I don’t like it, now let me drop something before I stop here.

Have you ever wondered why Jesus told the thief on the cross, “ye shall be WITH me in Paradise”, But Jesus didn’t go to paradise, if you study scriptures and do not have any questions, you’re not a good student, that’s why the Spirit is here to help with enlightenment.

Now remember I said the Grave is a realm for all embodied souls, but Paradise is a state of a soul. Now the thief and Jesus were going to the same realm called GRAVE, which was why he said, you shall be with me but not in the same SOUL STATE. Now, what made the thief enter the Paradise state? Because he believed in the kingdom of Christ, he saw the Day of Christ, He said, “Remember me in thy Kingdom” that is a proclamation of FAITH.

This is the testimony those souls in paradise bear, so they’re waiting for the establishment of that Kingdom, this is their only escape mode. Now the thief entered Paradise, while Jesus entered TORMENTS. Why? Because our sin was IMPUTED to Him. In the book of psalms, A prophetic psalms were written concerning Jesus, don’t know the exact chapter, Where it said, “they cast lots over my garment”, “They bruised my heel and wore thorn on my head”.

It’s in psalms, it was a Prophetic Psalm saw the suffering of Jesus, which he experienced in the hands of sinners who are men and also in Gehenna, the realm of torment, That realm is the realm of the FORSAKEN. Which was what Jesus tasted, even before He died? When He cried, “Why have you for shaken me”

In your system, you have what’s called recycle bin, that’s what that state is, where Jesus found himself when man’s sin rested on Him, now before Salvation came by Christ, were there not already dead souls in hell? Yes. What about them? Some now said Jesus went to preach to them, it’s not true, I just showed us it is not! Look at Abraham! Was the Gospel in his days? Was Jesus even born? Let alone died.

They had the Law and the prophets, even the gentile nations then, some even believed so there was no excuse! This Gospel we preach is not new! It came from the law and the Prophet. But they never touched the substance, the substance was made tangible when christ rose. This was why the Pharisees sought to engage external Life and Jesus laughed at them. They could only see it in the Law and Prophets, but the substance is a person!

So it all pointed to Jesus, now let me give you proof, a proof revealed by Jesus that no soul in “hellfire” can be preached to or saved, Now in the story, Jesus gave of Lazarus and the rich man, the rich man cried and prayed that he should be released to preach to his brother son Earth, Abraham revealed to him that it is FORBIDDEN, it is FORBIDDEN and also impossible.